Chiritoiu: CFR Marfa has the Damocles sword over its head, risks to be bankrupted 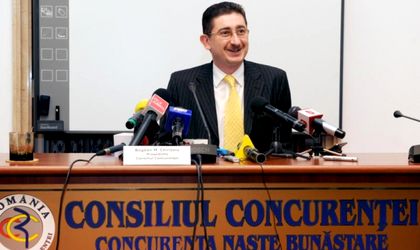 The European Commission might consider that the cancelling of the debt of CFR Marfa, the freight carrier  of the state railway company by the Romanian state as an illegal state aid, in which case CFR might need to give back the money and go into bankruptcy, said on Thursday Bogdan Chiritoiu, the president of Competition Council, in a press release.

„We don’t have progresses at CFR Marfa and it’s a delicate case for this year. The company says it reduced its losses and got to zero in the last months. It has a difficult past, it has high debts and has the Damocles sword over its head from the European Commission, because a few years ago its debts were erased and the Commission accepted with the promise that it will be privatized,” said Chiritoiu.

He reminded that the years passed and the state couldn’t privatize the company, as it promised to the European Commission.

„The company now has new debts. It’s possible that the European Commission officials say that this conversion, the erasing of debts in order to privatize the company, was an illegal state aid that needs to be recovered. It would bring the company other hundreds of million debt, with the interest from the respective years, so a bad situation would become a catastrophe. The worst case scenario is that the company will be bankrupted,” said the president of the Competition Council.

In May 2016 the Transports minister from that period, Dan Costescu, said that the Government wants to avoid the closing and liquidation of the company.

„The solution would be the reimbursement of this money back to the Romanian state. It’s around EUR 380 million. It would mean automatically the closing and liquidation of the company. It’s not what we want, ” said Costescu.