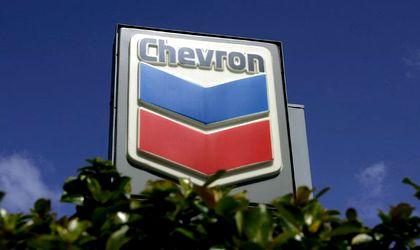 Chevron will pay the Romanian state, namely the National Agency for Mineral Resources (ANRM), USD 73,450,000 in fines following the termination of three oil concession contracts without complying with the financial obligations under the oil law, the government announced in a press statement.

The decision was taken at International Court of Arbitration in Paris (ICC), which was asked to give a solution in the litigation between Chevron and ANRM.

“According to the decision, Chevron is compelled to pay ANRM the amount of USD 73,450,000, plus the interest set by the law set according to the BNR rate + 8 percent, calculated starting 23 october 2014 until the full payment day, as well as the arbitration costs born by the ANRM,” the government statement said.

ANRM was represented by Zamfirescu Racoti&Partners. According to the Romanian government, ANRM and Chevron Romania Holdings closed on 3 March 2011 three oil concession contracts for exploration, development, exploration within the EX-17 Costinesti, EX-18 Vama Veche and EX Adamclisi perimeters, approved via gvernment decisions, which provided minimum obligations of exploration taken on by Chevron.

In November 2014, Chevron informed ANRM that it was giving up the concession agreements. ANRM refused to issue the decision to terminate the concession, citing the petroleum company’s failure to comply with Article 40 of the oil law. Chevron did not make available to the competent authority “the amount representing the value of the works provided for in the minimum exploration program established under the oil and development agreement and the exploration and exploration agreement, due on the date of notification of the waiver and not executed for reasons attributable to the holder of the oil agreement.”

The US company appealed the decision at the Court of Arbitration in June 2015, claiming that it had fulfilled its obligations under the agreements with ANRM to terminate the contracts.