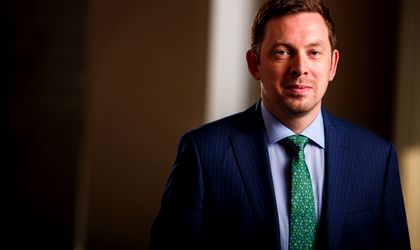 CEZ Romania invested RON 161.9 million in the energy distribution network in 2015  and  RON 1 million in projects of social responsibility. It  produced 1,286 GWh worth of green energy in the windmill  park, according to the report of the utility firm.

The company registered electricity losses of 10,62 percent and an EBITDA of RON 429.8 million.

„The year 2015 was a special year for CEZ Romania Group, a year in which we celebrated a decade since we are present in the Romanian community. And how can we celebrate better such an important anniversary if not by starting a new transformation stage: the transformation in a smart company, more flexible and innovative- the company that our customers expect and need in their daily activity. We will continue to transform the needs of our customers in new projects and activities also in 2016,” said Martin Zmelik, country manager and president of CEZ Romania Directorate.

„It the year of the project Smart Transformation, which aims to reorganize the distribution activity of the electric energy during the following years, in order to offer a service of high quality to our customers and to significantly reduce the duration and the frequency of breaks in electric energy delivery, “ added Zmelik.

The group invested RON 161,9 million in Capex (from its own funds) and RON 161,8 million representing investments in the stations system Scada integration, modernization and transformers replacement.