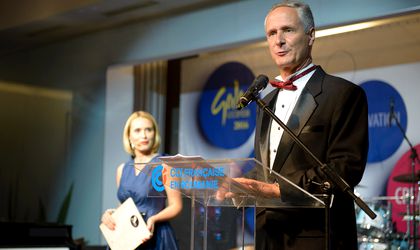 The French Trade and Industry Chamber in Romania (CCIFER) celebrated 20 years of existence in Romania on September 24 during a special gala, with the theme “Pas-de-deux”.

CCIFER has currently 470 member companies, which create 125,000 workplaces and an overall turnover of EUR 18 billion. France is the fourth trade partner of Romania and the fifth foreign investor with EUR 4 billion, representing 6.8 percent of the total foreign investments.

Three awards were given during the special gala. BusinessMark was the winner on entrepreneurship category, while KHAR & Partners was winner at innovation category. The Foundation Social Polyclinics Regina Maria was declared winner in the social innovation category.