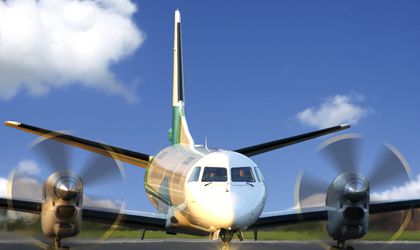 Some of the reasons behind this growth lie in the expansion strategy begun by the company in 2009 and continued throughout 2010, as company officials declare. Two new operational bases were also introduced last year in Craiova and Bacau, which added to the two already existent in Timisoara and Bucharest. Six new destinations were also introduced last year, which increased by 14 percent the total number of flights operated by the air company.

Paula Ardelean, commercial director at the company, adds that access to the Linate airport in Milan was also beneficial to the company’s image since Carpatair “is the only Romanian company allowed to operate on this airport, known for its advantageous position and access to the city center”. With the new routes introduced in 2010, Carpatair consolidates its leading position, nationally and regionally, on the relationship with Italy, as it is the air company with the most frequent flights per week (152 one-way flights, 76 frequent) and with the most numerous destinations operated in Italy (9).

Carpatair was founded in 1999 and currently operates on 10 internal airports and 18 external. It currently holds over 360 flights per week towards 30 destinations in 6 countries.