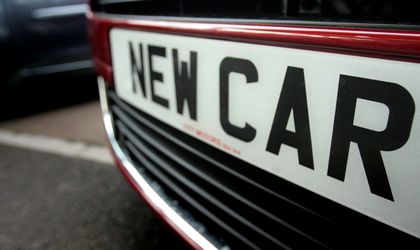 During the first four months of the year there were 112,300 new and old car registrations, according to data from the Department for Driving and Vehicle Registration (DRPCIV). This was a 20 percent increase over the same period of the previous year.

A large share of the cars registered during this period were used (88,647), this category also posting a 20.1 percent advance over year on year.
New cars saw an 18.7 percent rise over the first four months of the year, with strong results being registered in April alone, when 6,173 units were registered (12.6 percent more y-o-y).

Dacia once more held the lead for number of registries, with 1,685 units being listed between January and April 2016, followed by Skoda (662 units), Volkswagen (540 units) and Renault (458 units). Renault saw an impressive 84.6 percent hike in sales over April 2015, while Volkswagen was the only brand to see a drop in sales (down 6.7 percent).