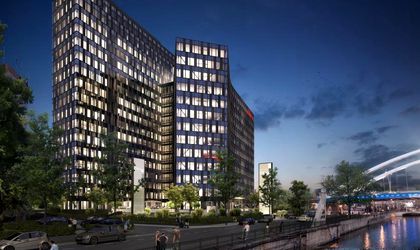 Reaching 30 percent in relation to the total local portfolio volume, rentals of more than 30,000 sqm rentable area have been signed in Bucharest in 2017, including large-scale lettings to Bitdefender (9,300 sqm office space in the office project Orhideea Towers, which is scheduled for completion in 2018) and Orange (extension of 8,300 sqm office space in Europe House).

Marian Roman, head of CA Immo Romania: “In 2017, we could make good use of the continued dynamic situation in the Bucharest office renting market. Also in 2018, we see strong demand and continuously rising renting levels for our local office portfolio. Showing an occupancy rate of 94 percent, our five office properties in Bucharest are as good as fully let. The development of Orhideea Towers, which is scheduled for completion in 2018, is enabling us to complement our top-tier tenant base and, at the same time, meet the expansion plans of Romania’s fastest-growing companies such as Bitdefender and Mysis, some of whom are long-standing partners. ”

In 2017, CA Immo rented a total rentable floor space comprising close to 255,000 sqm in 10 countries, out of which 14 percent (approx. 35,200 sqm) were accounted for by pre-lettings of projects under construction. Exclusive of these project pre-lettings, this represents a letting performance of approx. 16 percent, as measured by the overall asset portfolio of CA Immo holding just under 1.4 m sqm. 47 percent of the letting performance of existing space are accounted for by new lettings, and the rest by contract extensions for existing tenants. 95 percent of the rented existing space were attributed to office areas.

Out of the 255,000 sqm total CA Immo rental volume in 2017, the CEE region accounted for around 70 percent of this figure, representing more than 178,000 sqm of office space in the local CEE portfolios of CA Immo being newly let or extended in the recent year. 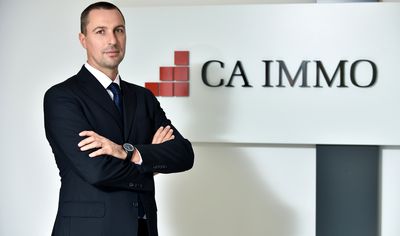