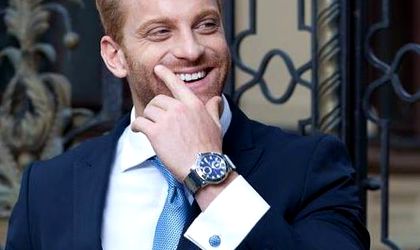 Harry-Ilan Laufer, founder of Retail Group and the businessman who brought H&M to Romania was named State Secretary in the Ministry for the Business Environment, Commerce and Entrepreneurship.

The decision was signed by PM Sorin Grindeanu. Israel-born Ilan Laufer (33) started his career in 2002 at the real estate consultancy CBRE as Senior Broker. Later, in 2004, he became Development Manager of Czech clothes brand Time-Out, for which he developed a network of 15 stores.

At beginning 2007, Ilan Laufer created his own real estate company, Retail Group. In 2012 Laufer is named vice president of Elita 5 Holding, headed by Moldovan businessman Alexandru Pincevschii. He left the company in January 2016.

The newly-appointed State Secretary in the is a supporter of the Social Democratic Party (PSD). During the presidential elections campaign he publicly endorsed PSD candidate Victor Ponta.

Laufer has been a frequent guest on the Antena 3 TV show Daily Income.

COVID-19. The economic measures for Romania represent only 2% of GDP. Business people:...