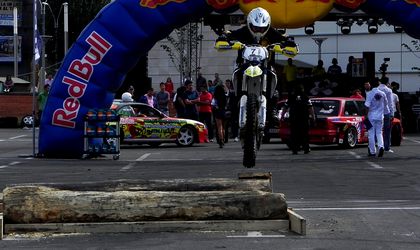 Between June 8-10, Romexpo will host an event for the most talented rally pilots, enduro bikers, and karting drivers, riders and skaters, but also for the strongest persons from Romania. The event will host the Body Power Strongest Man and feminine arm wrestling competitions.

Bucharest citizens will have the opportunity to take part in auto demonstrations, racing, drifting, exhibitions and several driving tests on two or four wheels. Moreover, the Bucharest Wheels Arena is presenting more than 1000 cars and motorcycles, as well as an impressive collection of tuned autos.

The event will start June 8 at 10.00 in Romexpo. More information about this event here.