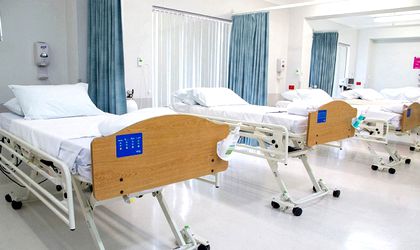 The construction deadline for the Bucharest Metropolitan Hospital is 20 years from now at the latest, according to the Government spokesman citing the Emergency Order through which the Executive approved the transfer of a land plot in North Bucharest from the state’s public domain to the Bucharest City Hall. In comparison, flying cars is a concept that is more likely to be developed sooner than the Romanian Metropolitan Hospital. An official of Kitty Hawk, a flying car company backed by Alphabet CEO Larry Page, claimed last month that flying cars will take to the skies within the next five years.

The land designated for the construction of the Metropolitan Hospital is 47,000 sqm and is situated on Pipera Road in District 2 of the Capital.

Mayor Gabriela Firea had insisted on the transfer of the land, saying that it is essential for building the hospital.

After the government’s announcement, the City Hall issued a statement contradicting the Emergency Order text, claiming that it is only a technical specification and a “bureaucratic measure to support the land transfer from the Government to the City Hall”.

Mayor Firea claims that the Municipality aims to build the hospital in a “decent, reasonable” timeframe, currently estimated at 3 years from the beginning of construction. Mihai Marcu, Medlife president, told BR that the timeframes given by both the government and the City Hall are unreasonable – one is too long, and one is too short.

“For hospitals in the private sector, the authorization phase alone usually takes at least two years. If the City Hall makes an exception for their own hospital, it would mean that they are mocking the private sector, and I’m sure that won’t be the case,” Marcu said. by various mayors. We have a long history in this country of various infrastructure projects being brought up, not properly or not at all prepared and then either left unfinished or completely forgotten for decades. Hospitals, motorways, energy projects, they all require one thing: proper, professional project preparation. That usually requires capacity and consensus building, project definition (identifying desired outputs and project parameters, planning implementation tasks, undertaking pre-feasibility studies), project feasibility, structuring and design. Unfortunately none of above milestones have been even planned for any of the newly presented hospital projects.”

Firea added that after the feasibility study, the City Hall will decide whether it will try to attract a private investor to build the medical unit, suggesting that a public-private partnership might be developed.

At the beginning of March, Bucharest District 1 City Hall announced that another new hospital would open in Bucharest, in October 2023, after an investment of EUR 300 million. The pre-feasibility study has been completed for this project, so it is more advanced than the Metropolitan Hospital project. Construction is due to begin in October 2019, according to the District 1 City Hall.