Bucharest land market in 2017: Deals worth EUR 110 mln made by Romanian developers 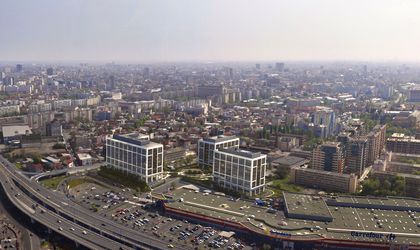 The land market in Bucharest soared by 69 percent to EUR 216 million in 2017 year-on-year, with deals comprising 116 hectares, according to data by Cushman & Wakefield Echinox, the real estate consultancy, which says this is a record in the last decade.

The agency points out that the outlook for the Bucharest real estate market remains positive, although the number of big surfaces of land inside the city, with good public transit connections, is going down.

“We expect that in 2018, the lands of other big former plants such as Griro, Helitube and Aversa, that have around 10 hectares of each to enter in the real estate circuit for the development of residential, retail or mixed-use projects, including an office component,” said Alexandru Mitrache, head of land development.

Romanian property developers made land transactions totaling EUR 110 million, mainly for investments in residential projects. Most of the land for housing was trade in northern and western Bucharest.

The real estate consultancy states that 48 hectares of land were traded, enough to accommodate the construction of 10,000 – 15,000 new houses.

In the office market, five plots of land were traded in the Romanian capital, which would allow the development of new spaces with a combined surface of 200,000 sqm. The key deals were the acquisition of the land from the former industrial platforms Policolor and Industria Iutei that will host a retail park and a DIY store, respectively.

In the logistics field, the A1 motorway remains the most attractive area for investments, while Chitila has become more popular after Polish group MLP bought 18.8 hectares of land for the development of a logisitics project spanning 80,000 sqm.