Bucharest expected to attract one million visitors this year 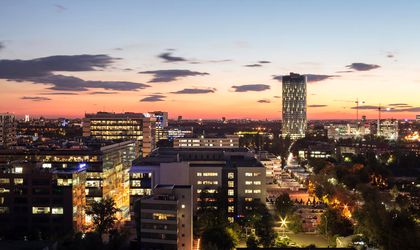 The Romanian capital is forecasted to attract one million visitors in 2016. Acoording to the Mastercard Global Destinations Cities Index 2016, Bucharest is ranked 81st in terms of visitors and eight among the destinations with the biggest growth in tourist arrivals.

The index, ranking 132 cities around the world according to the number of visits and amounts spent at the destination, is topped by Bangkok, with 21.47 million visitors in 2016. The most visited European city is London, with 19.88 million visitors this year, followed by Paris, with 18.03 million visitors.

According to the index, the total amount spent by visitors in Bucharest went up to EUR 270 million euros in 2016.

„The way people travel and the expenses they make abroad shows how interconnected and important world cities are,” Ann Cairns, Mastercard Inernational Markets President said. „In the context în which the planning and the experience of traveling are becoming increasingly important, Mastercard is using innovation to connect all these elements,” she added.