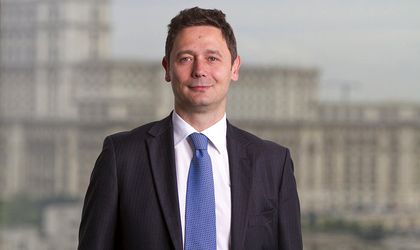 In a tough regulatory environment for banks, Sergiu Manea, the first Romanian CEO of BCR, has been able to keep the Austrian lender on a risk reduction course, while boosting financing activity for the economy.

Manea, who has worked for BCR since 2012, already had more than 15 years of experience under his belt in the local and international financial sector, when he accepted a management position at the Erste-controlled lender.

In the past few years, BCR had been restructuring its portfolio of non-performing loans (NPLs) and with Manea in the driver’s seat, the process has accelerated as the bank switched its focus to an increase in lending to individuals and firms.

Over September 2015-2016, the bank drastically reduced its share of NPLs from 22.2 percent to 13.3 percent in a complex process, considering that BCR is the biggest lender in Romania by assets. The bank has also continued to provide support schemes for borrowers who were struggling to repay their loans. In the past two years, it has inked cost reduction deals with 90,000 customers, in a move that was also designed to remove litigation risks.

BCR, which was among the first banks to have shifted its bulk of lending into the local currency, provided RON 2.2 billion worth of fresh financing. The additional money went to corporate clients that needed to finance their working capital and chain of suppliers. In the retail segment, the fresh financing amounted to RON 3.8 billion, driven mainly by the state-backed mortgage scheme Prima Casa.

In the first nine months of 2016, the lender recorded a profit of RON 1.1 billion, down by around 11 percent compared to the previous year.

Manea’s first year at BCR was also marked by increased scrutiny by Parliament regarding the lending operations of the local banking system, which is controlled mainly by large international financial groups.

The approval of the debt discharge law last May, which was criticized by bankers and even central bank officials, saw BCR decide to temporarily hike the down payment for new loans to 35 percent, citing new risk parameters. However, later last year, the lending terms were relaxed and the Austrian bank said that demand for new housing in Romania remained high. Several banks with foreign capital also cut down-payment requirements after rushing to hike them when it became clear the debt discharge bill would be signed into law.

As Romanians are already using their smartphones for regular banking activities, which has translated into additional investments on the part of the lender in its IT infrastructure, BCR took another step and launched the first digital bank branch in Romania.

In this new unit called eXperience BCR, the bank’s employees use technology to provide an upgraded advisory experience to retail clients. The lender said that this was one of the steps that it had deployed to prepare clients for the digital banking revolution. With bank products literally a touch of a button away and with a video counseling and business hub for clients, BCR is carefully mapping the new banking environment, which is already seeing the advent of disrupting forces such as FinTech.

On the theme of the changing times for banks, BCR also decided last year to relocate part of its staff from the current HQ in Bucharest Financial Plaza (BFP) to The Bridge business park, which is currently under construction in the Grozavesti-Orhideea area. The move was part of BCR’s strategy to consolidate the central functions of the bank, which employs some 7,100 people.

BCR operates through a network of 512 branches in towns with more than 10,000 inhabitants. It has 21 business centers and 23 mobile offices for companies. The lender also has around 2,600 pieces of equipment for self-banking and 12,000 POS terminals.