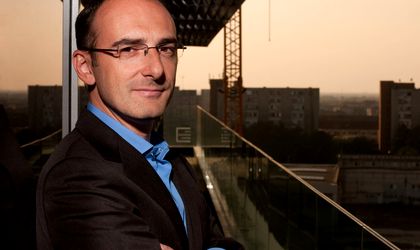 With a strong background in the real estate sector, Romanian businessman Ovidiu Sandor is starting a new project in Timisoara, western Romania, which marks his first venture into the residential field.

Mixed-use real estate projects are a developing trend on the local market, and one which is expected to grow even further in the years to come. The developer behind one such project is Romanian businessman Ovidiu Sandor. He has a strong background in the local real estate market, having previously developed two of the biggest office schemes outside the capital – City Business Centre in Timisoara and The Office in Cluj-Napoca. Last year he announced that he would start work on a new project in the western city of Timisoara, this time a mixed residential and office project.

Sandor has become one of the few big local players on the Romanian real estate market, yet his venture into real estate began elsewhere. He inherited the Moda-Tim textile business located in Timisoara, which brought with it a good plot of land. Sandor relocated the factory and used the land as a location for the 43,000 sqm City Business Centre office park. Work on the project began in 2006 and five years later he sold the three existing buildings as well as the two remaining buildings that were under development at that time to real estate investment fund New Europe Property Investments (NEPI) for an estimated EUR 90 million. This marked the beginning of the partnership between the Romanian entrepreneur and NEPI, which later started together The Office, another office project, this time in downtown Cluj-Napoca.  Works on the third and last development phase of the 59,000 sqm scheme began last February and are scheduled for completion this summer. The Office boasts tenants such as National Instruments, Yonder, 3Pillar Global, HP, Betfair, Lohika Systems, Yardi, Deloitte, Bombardier, Bosch and Mol, and by the time it is completed it will house over 5,000 employees.

In early January the developer announced that works on  Isho, the new project, would soon start. “In order to optimize work, the project has been split into three development phases.  Works on the first phase will take a year, with the first 16,500 sqm of new generation office space to be delivered by the end of March 2018. At the same time we will finish the first apartments,” he said earlier this year.

The project in Timisoara will feature some 1,200 apartments as well as 50,000 sqm of office space. Competition has been tightening on the main office markets outside Bucharest, but Sandor says there is still room for growth when it comes to quality class A office projects. He is betting on a similar strategy on the residential market as well, where he says the market is ready for a different type of living experience. “We want to redefine what quality living means. I strongly believe that when it comes to a block of flats, this means much more than the quality of its fittings. The quality of life an apartment offers has to do with everything that surrounds it, from the natural setting to easy access to work, shopping and entertainment such as restaurants and cultural venues,” he told BR in an interview last year.

The project in Timisoara is being built on a 5.3 ha plot of land that Sandor has consolidated over the past couple of years. It will feature around 1,200 apartments as well as 50,000 sqm of office space and is scheduled for completion by 2020.