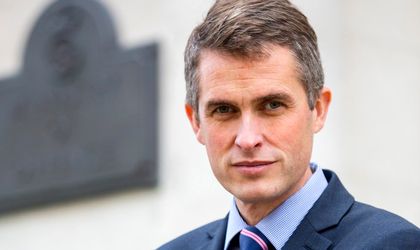 The British Army will support a Romania-led Multinational Brigade (South-East), UK Defence Secretary Gavin Williamson announced in Bucharest. The move is part of a series of measures aimed to bolster defence cooperation with Romania in a bid to safeguard the Europe.

Williamson traveled to Bucharest for a meeting with his counterpart Mihai Fifor in Bucharest. During the meeting, Williamson proposed the signing of a memorandum of understanding (MoU) by the end of 2018. The UK official also met with PM Viorica Dancila to discuss topics related to last month’s NATO summit and the defence agenda post Brexit.

According to the Ministry of Defense, the British Army will support a Romanian-led Multinational Brigade (South-East). The brigade, part of NATO’s Forward Presence at the Black Sea, is participating in a training exercise. The move is aimed at deterring security threats in the region.

“European security is our security and though we are leaving the EU, our commitment to our allies remains steadfast. That is why we are accelerating our military collaboration with Romania, with whom we enjoy a strong relationship,” Williamson said.

“NATO is the cornerstone of both our nations’ security and this deployment demonstrates the alliance’s collective resolve and readiness in a world of intensifying threats,” he added.

The agenda of the visit also included a stop at the Black Sea, where he met RAF crews who are flying Typhoon patrols as part of NATO’s Southern Air Policing mission.

Last week, two RAF Typhoons were deployed from Romania to Hungary to engage in bilateral exercises with the Hungarian military.