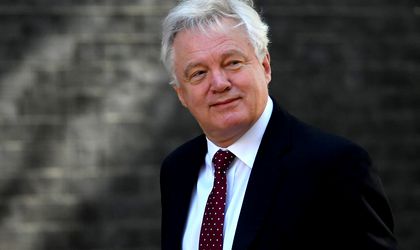 Theresa May’s Brexit Secretary, David Davis, has resigned from his role in the UK government, just days after May had secured the cabinet’s backing for her “soft Brexit” plan, the BBC reports.

Davis was appointed in 2016 and was responsible for negotiating the UK’s withdrawal from the European Union.

Davis wrote a blunt resignation letter to Theresa May, saying that “the current trend of policy and tactics” was making it “look less and less likely” that the UK would leave the customs union and the single market, and that he was not convinced that the government’s approach “will not just lead to further demands for concessions” from EU negotiators.

Davis also wrote that the general policy direction will leave the UK “in at best a weak negotiating position, and possibly an inescapable one.”

Other hard Brexit supporters welcomed Davis’s move and called it an act of bravery, while the press is wondering who will resign next as Theresa May moves forward with her soft Brexit negotiation stance.