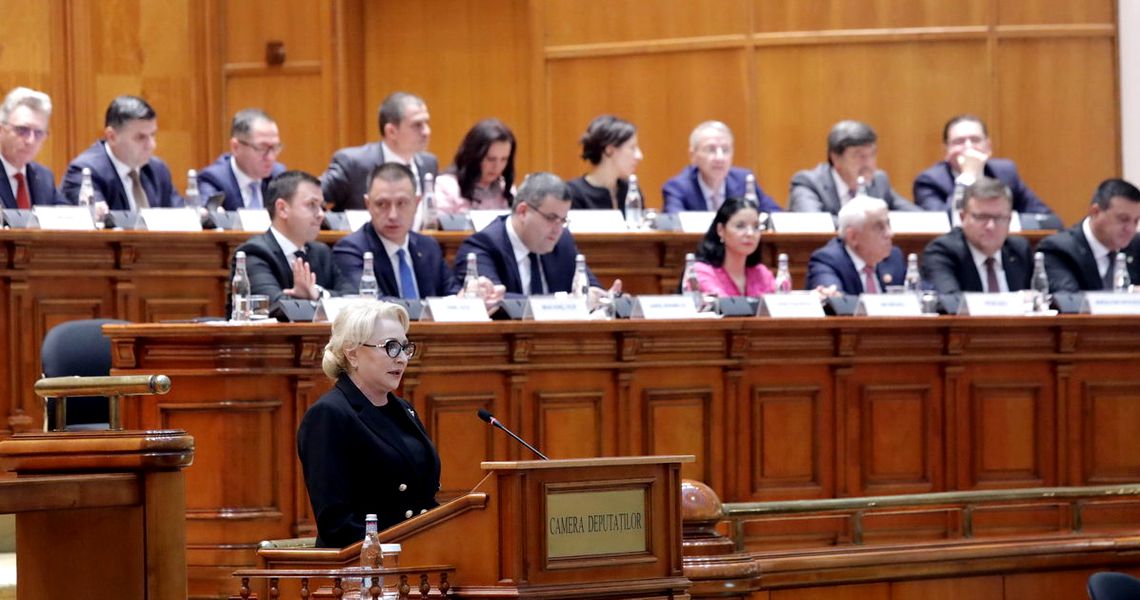 A no-confidence motion tabled by Romanian opposition parties against the government led by PM Viorica Dancila of the Social Democratic Party (PSD) has passed in the parliament with 238 votes, above the required 233-vote majority.

The vote on the motion, titled “In order to rebuild Romania, the Dancila government must be urgently dismissed!” came a few days before the official start of the campaign for the presidential election in November. In 2020, the country will also hold local and general elections.

The Dancila government, which has been in power since early 2018, lost its parliamentary majority in August after its junior coalition partner ALDE withdrew its support. Previously, Dancila survived several motions of no confidence.

Today’s vote followed hostile speeches in the parliament from the PSD and representatives of the opposition.

In her speech, PM Dancila accused the opposition of being irresponsible for having initiated a motion of no confidence without first presenting a viable alternative or a governance programme.

She also criticized president Klaus Iohannis for representing the interests of opposition party PNL and “making a mockery of the constitution and of Romanians’ interests.”

In response, opposition members claimed in their speeches that the Dancila government was illegitimate due to the fact that it has failed to obtain a new confirmation vote in the Parliament after losing its coalition partner. PNL leader Raluca Turcan said that Viorica Dancila was no longer the prime minister, but a “private individual who is abusively occupying the seat at Victoria Palace.”

Starting on Friday, president Klaus Iohannis will hold consultations with all parliamentary parties, then make a nomination that he believes can obtain a confirmation vote in the Parliament.

However, it is difficult to predict who will be the next prime minister. Despite the success of the motion of no confidence, the Liberal Party (PNL) would not have a parliamentary majority to support its own government.

Although Pro Romania and ALDE voted for the motion, their leaders have said they would not vote in favour of a PNL-led cabinet. But if the president does manage to negotiate enough support for a PNL prime minister, it would mean Romania will have a “minority government”, likely to face obstruction from the parliament at every move.

In a different scenario, Victor Ponta, a former PSD prime minister and now the leader of Pro Romania, has said on several occasions that he would be open to forming a coalition with the PSD as long as the current PSD leadership, namely Viorica Dancila and her close allies, were removed.  Therefore, a new coalition could form between PSD, ALDE and Pro Romania, but the president might not be willing to name another government that includes the PSD.

Unless the president and the political parties reach an understanding quickly, there is also an option for the current cabinet to continue as interim for another 45 days, a period that would end around the date of the second presidential election round. An interim government cannot pass Emergency Ordinances and legislative projects, so it wouldn’t be able to adopt the next budget.

Meanwhile, the USR-PLUS alliance has been calling for an early general election – but that is a very difficult process with Romania’s current legislation. The procedure could only begin in the new presidential term, and it would require two of the president’s proposals for a new government to be rejected in the Parliament within a 60-day period. MPs across the spectrum are very unlikely to accept this sort of scenario as a shortened term would mean they’d lose their special parliamentary pensions and entitlements.