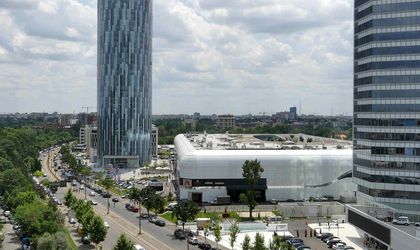 Members of Romania’s expat community told BR about the biggest changes they’ve witnessed during their time here and outlined their hopes for the country’s future.

Many noted that day-to-day living – and driving – has become easier. “Basic infrastructure has changed a lot since 2005. You can find almost any facility you would like [now],” says Chris Weident, managing partner at Stalfort Legal Tax Audit. Marcus Taylor, owner of Transylvania Offroad Tours, agrees. “The most obvious thing is the roads are better and there are more motorways and bypasses. When I arrived [in 2007], the road was so bad I was glad I came in a Land Rover. Now, other than a few bad patches, you can confidently drive a normal car.”

Brian Douglas, director of the Romanian Children’s Humanitarian Foundation, adds, “There were far fewer cars [22 years ago] than today, a mix of old Dacias along with former East German Trabants and old Romanian lorries that poured out diesel fumes.”

Consumption in general has changed beyond recognition. Adds Douglas, “Now we have shopping malls, whereas in the early 1990s it was old-style counter service shops and a lack of products. Many products were in jars with lids rather than canned goods. Even pop [soda] was in glass bottles!”

If there has been one constant, it is change. Gabriel Soh, internet entrepreneur and host of The Dinner Special podcast, tells BR, “Living in Romania 15 years ago, it felt like things were changing. I felt a sense of optimism for the future and pride amongst its people.”

This optimism was tied up with overall economic expansion and its concomitant business opportunities. Nazim Amalou, co-founder of Across Borders, who moved to Romania in 2001, adds, “Business opportunities soon arose, foreign investments increased and career opportunities developed in fields that before had been unknown.”

Talia Delgado Culebras, freelance journalist and Spanish culture & language trainer, agrees. “I arrived [13 years ago] when the country was blossoming and I could put so many ideas into practice. I caught a moment when people were willing to try out new things and they not only had the energy, but also the talent to do it.”

Part of this related to greater European – and international – integration, buoyed by EU accession. Kapil Ag, assistant vice-president at Genpact, who has lived in Romania since 2008, says, “Romania is getting better connected with rest of Europe and adjoining continents. Some of the airlines which started flying to Romania, such as Turkish, Qatar and Wizz, just bring Romania closer to the rest of the world.”

“I live now in a Romania that is a part of Europe with a European outlook, which pleases me,” adds Douglas.

This outlook also includes greater self-confidence. “[One of the most important developments] was the mobilization of people aware of their rights or injustices and taking to the streets to protest. When I first came it surprised me how people were not demonstrating [against] the social problems affecting them, and slowly I see and feel this change,” observes Delgado Culebras.

Looking forward, the expats voiced their wish that Romania would continue to thrive.

Says Douglas, “Health and education remain a problem for many, as does the fact that many in rural areas remain unemployed whilst others have felt the need to leave their country to try and find better pay and conditions abroad. This is sad in a country like Romania with, in my opinion, more potential than the UK to develop.”

Many believe that the country still has untapped potential. Says Amalou, “Overall, I hope Romania will finally start to think about the development of this country, which has so many riches to offer, from its traditions to its culture and to its people. It’s a shame for Romania to not be steered to its rightful place in Europe.”