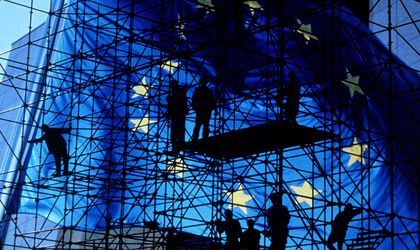 Is “more Europe” a solution to the current European Union (EU) crisis, or will the fallout be a more nationalistic approach? The answer to this question is anyone’s guess at this point, but what is clear is that it will affect the lives of many Europeans, Romanians included, over the coming decade.

Much of Romania’s economic growth over the past decade can be attributed to the country joining the EU back in 2007. EU membership ushered in structural reforms and spurred economic growth, including via EU funds. It also directly impacted the day-to-day lives of many Romanians by making it far easier for them to travel, work and study throughout the bloc.

The Romanian economy is and will continue to be largely dependent on the evolution of the EU for the foreseeable future. Thus any forecast of how the country might look in ten years’ time must take into account how the EU itself will fare over the next decade. However, making forecasts about the latter is a daunting task for any expert.

It was hardly conceivable one year ago that the United Kingdom would end up voting to leave the union. The Brexit referendum has left Brussels scrambling for solutions on how to proceed, and this despite the crisis being long in the making. Moreover, dissatisfaction with the EU is not exclusive to the British. Pressures are now building up from both within and outside Europe to change the way the EU works, yet how this change will end up looking is still uncertain. One thing pundits can all agree on is that instability is here to stay.

The reasons for that are manifold. For one, Eurosceptic and anti-establishment parties are on the rise throughout the continent and with elections next year both in France and Germany, they are set to gain an even stronger foothold. Challenges such as the ongoing immigration crisis and recent terror attacks make their message ever more alluring to voters who, polls suggest, feel more and more let down by mainstream politicians and the EU itself. The immigration crisis in particular is one that will continue to pose serious challenges in the years to come. Immigration from the Middle East and Africa is increasing, fueled by military conflict and ongoing political instability. Climate change too is set to displace even more people over the next decade, many of whom will undoubtedly turn to Europe for refuge. Another effect this will have is increased security measures, which will encroach ever more on personal freedoms, observers say. It may also bring about limitations to the way we travel throughout the continent in ten years’ time.

But at the heart of EU’s woes remains economic stagnation in the eurozone, which Romania too is set to join, albeit with no official timetable announced as yet. In his new book, The Euro and Its Threat to the Future of Europe, Nobel prize-winning economist Joseph E. Stiglitz argues that the EU needs to radically rethink its common currency in order to bring about prosperity and ultimately save the EU project itself. The euro has failed to achieve either of its two principal goals of prosperity and political integration, says Stiglitz. GDP per capita (adjusted for inflation) for the eurozone was estimated to be barely higher in 2015 than it was in 2007, says Stiglitz, stressing that, in turn, this stagnation has deep political ramifications.

The challenge ahead is for the political establishment to understand the reason behind Europeans’ anger and distrust and “to create within each country, and through cross-border arrangements, a new, more democratic Europe, which sees its goal as improving the wellbeing of ordinary citizens. This can’t be done with the neoliberal ideology that has prevailed for a third of a century and played such an important role in the construction of the euro,” argues the economist.

There remain many reasons for pessimism, but more for hope, stresses Stiglitz. “There are alternatives to the current arrangements that can create a true shared prosperity: the challenge is to learn from the past to create this new economics and politics of the future,” he concludes.