BR Exclusive. Sorin Mindrutescu (Oracle Romania): We have a kind of an intrapreneurial culture unique in the region 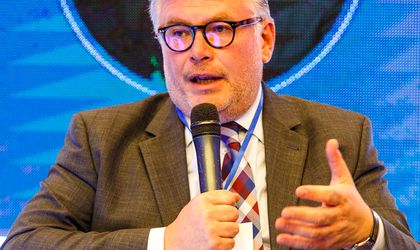 Starting a company nowadays and testing a product is easier to do compared to five years ago due to the cloud technology, says Sorin Mindrutescu, country manager & Central and Eastern Europe cloud leader at Oracle Romania.

The executive pointed that policymakers should taken into account the democratization of innovation as this also supports the development of the local entrepreneurial culture.

“Kids are starting their own companies and it’s wonderful that they’re doing this – this also has an impact on education,” said Mindrutescu during the first day of the Foreign Investors’ Summit organized by Business Review.

The head of Oracle Romania said that some of the employees of the IT company he manages have moved to start their own companies.

“I’ve never stopped anyone who has left my company to go work in a startup or start their own company – that’s because this involves a dream, and that’s something we should all support,” said the manager.

He also said that Romania’s intrapreneurial spirit is also different locally compared to what can be seen in the region.

“We have a kind of an intrapreneurial culture unique in the region – it’s about following the rule in a creative way,” said the manager.