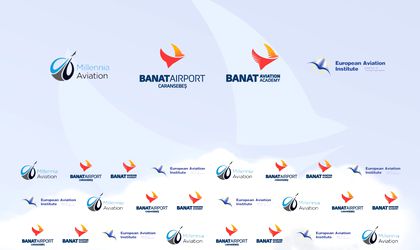 Millennia Aviation, a Dublin based drone education and infrastructure company is to begin developing the first drone test corridor in the south west of Romania. It’s scheduled to launch in Q1 2021, employing a phased approach methodology. The initial phase will involve a netted facility, enabling beginners to develop their flying skills in a safe and secured environment. The second phase will involve a larger corridor, scheduled for launch later in the year.

It is the first initiative of its kind in Romania and in fact in Eastern Europe, with a unique opportunity to test the capabilities of drone technology in Visual Line of Sight (VLOS) and Beyond Visual Line of Sight (BVLOS) conditions, in a safe and controlled environment. One immediate example of BVLOS testing will be in the field of emergency response. It’s an opportunity for both public and private companies to collaborate in developing an effective and efficient life-saving initiatives utilising drone technology. Acting as an application test bed, it will assist the emergency services deliver time critical medical supplies and asses critical situations. Applications include fire monitoring, first response for road accidents, large-scale emergencies, situational awareness for search and rescue and damage assessment caused by adverse meteorological conditions to name a few.

Visionary stakeholders will be welcomed to avail of the facility at Caransebes airport and in doing so support the creation of Romania’s first Drone Centre of Excellence. The project is supported by the government, local authorities, the Romanian Civil Aviation Authority and the Romanian Air Traffic Services Administration.

“We are thrilled to be launching an exciting and unique initiative of this magnitude in Romania, particularly as half of the team is of Romanian origins. This project is a significant step forward for the development of Drone Education and Drone Technology in Romania, involving an array of players both international and national which will give birth to more innovation in this space. More importantly, we are eager in developing the digital workforce in the vertical mobility industry, in the region of the country that is the home of two of Romania’s greatest aviation pioneers, Aurel Vlaicu and Traian Vuia. Romania’s history in aviation is a rich one and is a country that has the potential to become a Centre of Excellence in the vertical mobility industry.” Explains Alexandra Slabutu, Co-Founder and CEO at Millennia Aviation.

“This initiative is part of a larger and ambitious vision that we have developed for the airport and the overall region. Drone technology is the future and we want to be part of it, by creating a hub for Drone Excellence in Romania. Economically speaking, the hub will act as an instrument for economic growth by increasing employment levels and capital investment in the Caransebes region. Developing the testing infrastructure will allow safe simulation of the technology which in return will help advance the understanding of this technology and accelerate its integration in the respective domains, whether it is for emergency response, humanitarian or commercial use cases.” Adds Daniel Olariu, President of the Board at Banat Caransebes Airport.

“Having innovative initiatives such as this are always in the Ministries interest. With our continued support we would like to make this initiative a reality as it enhances and contributes to both our social and economic growth. Developing greener methods of transport is part of our strategic objective as a country and our commitment to meet the EU’s 2030 climate objectives, in reducing CO2 emissions. Having the State accountable for the development of technology and subsequent businesses who contribute to our economy is imperative.” Says Alexandru Mutruc, Secretary of State from the Ministry of Transport.