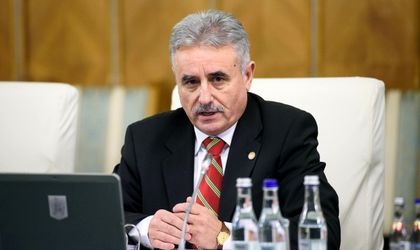 The cabinets of the EU commissioners Pierre Moscovici (Economic and Financial Affairs, Taxation and Customs) and Valdis Dombrovskis (Vice-President for the Euro and Social Dialogue, also in charge of Financial Stability, Financial Services and Capital Markets Union) responded to Business Review’s request and confirmed the Romanian Government sent a meeting request, on behalf of the deputy Prime Minister Viorel Stefan, for this Friday.

“The meetings could not have been accommodated this time around, because of prior commitments in Vice President Dombrovskis’ and Commissioner Moscovici’s agendas”, EU officials replied to BR, without providing further information about the nature of the prior commitments.

According to the EU’s official public meeting calendar, posted on the European Commission’s website, on May 18, when the meeting was requested, neither of the commissioners have any official prior commitments. Today, Valdis Dombrovkis attended the meeting of the Committee on Economic and Monetary Affairs (ECON) of the European Parliament.

Deputy Prime Minister Viorel Stefan started a visit to Brussels today and he will meet with Commissioner Corina Cretu, in charge of Regional Policy, and Margrethe Vestager, commissioner for Competition, after being rejected by Pierre Moscovici and Valdis Dombroskis, the two commissioners in charge of the EU’s economic and financial policies.

The Romanian Government called this information “pure speculation”, according to Adevarul.