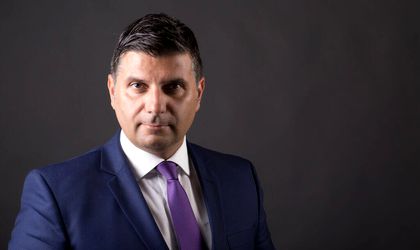 Business Review spoke to Alexandru Petrescu, general director of FNGCIMM (National Credit Guarantee Fund for Small and Medium Enterprises), to find out more about the future of the fund.

One of Petrescu’s plans is to move more resources of the fund towards its core activity of supporting the financing of small and medium-sized enterprises in Romania.

”The fund must return to its main purpose that of helping companies to finance themselves”, explains Petrescu.

FNGCIMM was created in 2001 in order to help SMEs access bank loans. Until today, approximately 75,000 guarantees were issued to legal entities or public beneficiaries, amounting to more than RON 25 billion, representing guarantees for loans in total value of RON 40.4 billion, but in the last years the Fund is better known for First House, the government program that guarantees bank loans for individuals when buying a house.

”The Guarantee Fund is one of the most important financial institutions among all agencies and state authorities when it comes to support the economic environment. This is because it has the most pragmatic role of supporting entrepreneurs, while ministries issue and regulate.”

”The First Home, which represents about 80 percent of the Fund’s financial activity, has forced us to specialize more people in the fund in this kind of activity. This has happened at the expense of our core business, the SME support. Of course, we will carry out the First Home program, but in my mandate I want to refocus the attention and resources both human and financial to SMEs”, says Petrescu, showing that there are new funding programs for SMEs, some started last year and some this year.

”One program is called OptIMM and it allows for the guarantee of bank credits of up to RON 200,000 with minimum bureaucracy and minimal involvement from the Fund. This program was launched in December last year and we had then four applicants and in the first three months we had about 30 applicants, although we did not begin to communicate about it in a sustained way,” said the executive.

”We will start the communication as soon as we will start the second program, called IMM Invest Romania, a program with a different size that is supposed to be one of the most important programs in the next period and will mark the change and orientation towards SMEs. It is also the program that will align us to the European practice of the Guarantee Funds,” he added.

”Through this program, the beneficiaries can apply for loans that can be guaranteed with up to RON 10 million for investment capital and up to RON 5 million for working capital. The value is big enough for medium-sized companies, not just small ones. More than that, aligning to the European trend means that there is the possibility for the companies in tourism to apply for loans up to RON 25 million with a guarantee of up to 80 percent in order to develop hotels to leisure centers or to raise them from zero. This will increase the average of accommodations per night, in order to move from weekend tourism to the one we keep tourists for more days in resorts.”

”This is in line with the activity of European funds, going from general addressability, where we have standard conditions for all entrepreneurs regardless of activity, to sectorial addressability. The tourism sector is the first one in which we do this and we will expand to production, research and development and more,” explains Petrescu.

The ceiling of guarantees for the latter programe is yet to be set. But so far around 80 percent of the guarantees granted were covered by FNGCIMM’s own funds. In the last five years, 2017 had shown a robust positive dynamics with an increase in the volume of guarantees granted by 113 percent, mainly due to the issuance of guarantees for the beneficiaries of the Rural Investment Finance Agency (AFIR). The FNGCIMM guarantee for advances paid by AFIR covers up to 100 percent percent of the amount provided in the National Rural Development Plan 2014-2020.

How entrepreneurs can have easier access to bank finance

Talking about the role of the fund in the future, Petrescu says that the organization he manages is trying to increase the profile of SMEs in the eyes of lenders.

„If you ask any entrepreneur what are the first three challenges they face you will see that there is availability of the workforce, the nature of the fiscal control actions that can be interpreted as subjective or too rigorous and the access to financing, mainly the bank loans. Given the low capitalization of companies and the low value of assets it is understandable why banks are asking for so many guarantees. And this is where the fund comes into place, because we can secure a loan guarantee of up to 80 percent of the amount of credit. And we can cover the difference to the 140-160 percent credit security that banks ask.”

”We have our own valuation system, similar to that of banks. If the entrepreneur is creditworthy in all respects less than the guarantee we will grant the letter for the bank.”

”Today lending to SMEs is third for banks after government and individuals lending. Out of 610,000 companies, 90 percent are SMEs, companies that are constantly subject to change and not only in Romania.”

A good thing is that the fund did not have too many problems with default on loans. For the First House program the default rate is very low, at 0.3 percent.

”For SMEs, because there was a fairly reserved prudential policy in periods of economic uncertainty, we also enjoyed low default rates, but we need to revise our prudential policy to reach our goal of sustaining the economy. In 2016, in Romania, the default rate was around 16 percent for the national banking system and we are below that limit,” says Petrescu.

The executive hopes that some approval processes from the First Home program could be replicated in the relation between small companies and banks in a bid to make the loan granting operation more efficient.

”We hope that the evolution of the SMEs banking loans will be similar to that or First House, where the banks are already giving loans with almost the same conditions but without guarantees from the fund.” says Petrescu. ”We also applied to European Association of Guarantees Institutions, which is the association of European guarantee funds and we hope that starting next month to be a part of,” he added.

Alexandru Petrescu is a former minister for Business Enviroment, trade and Entreprenuership and a former Minister of Economy, but also the former president of the Commission for Preparation and Monitoring of Romanian Post Privatisation Process and ex-CEO of Posta Romana. He is a graduate of Cardiff University and University of Wales (Business School) and he is also a British citizen. Starting July 2017, he is the general manager of FNGCIMM.