BR Awards Gala 2017: Let’s meet the finalists for the Business Leader of the Year award | The story of last year’s winner 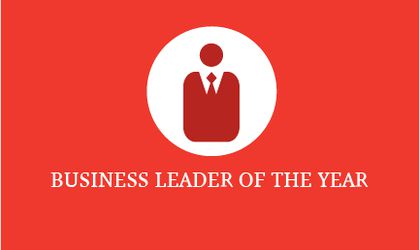 The Business Leader of the Year category seeks to recognize remarkable achievements of business people that go above and beyond their daily roles and responsibilities as head of companies, local or international. The Jury will take into account the company’s results (measured against the market conditions in the respective industry, the resources used to achieve it, the individual experience and innovation aspect) as well as specific leadership initiatives – in and outside the company, such as the involvement of the candidates in improving the business environment and on trying to solve some of the society’s current challenges. CEO of Banca Transilvania, Omer Tetik, was awarded as Business Leader of the Year in 2016. Under his mandate, the lender took over Volksbank Romania, in a deal that was finalized at the end of 2015.