BR Awards 2018: Discover the winner of the Business Leader of the Year award 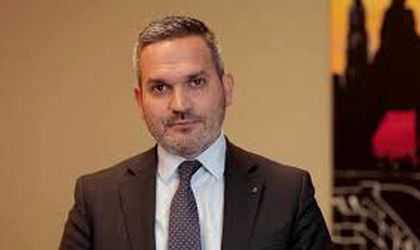 The award for the Business Leader of the Year was handed out in tonight’s BR Awards Gala by Ioana Erdei, Editorial Director at Business Review.

Winner: Omer Tetik, CEO of Banca Transilvania, ranked as the second largest bank in Romania in 2017, with 2.2 million clients, over 7,000 employees and over 500 units.

Tetik could not be at the event, but he recorded a video in which he said that such awards make him want to continue to do great work.

Having served as the CEO of Banca Transilvania for over 5 years, Omer Tetik guided the bank through major progress achievements across all business lines. After starting his career in Izmir, he joined Finansbank in Istanbul, then moved to Russia to become Head of Treasury and Capital Markets for Finansbank Moscow. In 2000, Finansbank he took on another mission in Bucharest where he held several top positions before becoming Chief Executive Officer for Banca Transilvania SA, in 2013.

Want to know who else was nominated? See the shortlist.