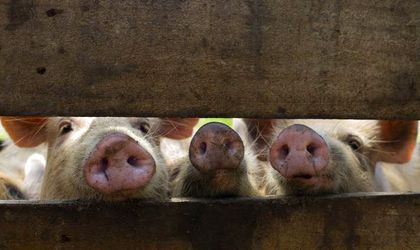 Official data shows that, in 2017, Romania had 4.4 million pigs, and was on 10th place in  the EU. In 2016, because of swine fever, the country slaughtered more than 4 million pigs. In 2018, over 350,000 pigs was killed and imports are increasing, bringing cheap pork meat into the country.

Close to winter holidays, in Romania are slaughtered around one million pigs (official data), to which can be added other hundred thousands raised in people households.

But swine fever changed everything. There are estimates that the county will loose at least 10 percent of its pigs, and until now around 350,000 pigs  were killed. Consequences are predictible: imports will ensure pork consumption.

Romania is already importing around half of the pork consumed, and Germany, Hungary or Poland- the main providers, can only be glad that the demand will grow.

What do the main market players have to say

”I don’t think that the impact of the swine fever will be as serious as everyone warns. Maybe imports will increase with 5 to 1o percent, and prices also, will probably go up by 10 percent the most ”, Sorin Minea, the owner of meat processor Angst told BR.

On the other hand, even if not affected by the plague, farmers like Hunland, provider for Tara Mea Cooperative, are a little bit less optimistic about the imports.

”Surely the import will continue to increase probably up by 15 percent. Romanian pork meat has, historically speaking, always been more expensive than the imported meat. So there probably might be a reverse effect when it comes to prices. If the market will be dominated by imported pork meat, the prices will go down. For households who lots the pigs, the situation will be delicate, unfortunately. Certainly, families will be forced to buy meat, which will affect both the budgets and the traditions of the households. As far as pig farms, as long as they comply with the International Biosecurity and Quarantine Rules without exceptions, they will not be affected, ” Cristian Tocanel, pork division Tara Mea Cooperative, stated.

The Government institutions are are accused of incompetency in controlling the spread of the disease. Sources said that they had been warned over a year ago about the danger, but the no measures were taken.

And now, with a hot potato in their hands, decided to cover up the problem with money. The government has added another RON 40 million to support farms that have lost their pigs due to African swine fever and to combat the spread of the virus. The total amount allocated through ANSVSA, towards compensating pig farms has reached RON 200 million. The largest farm affected by swine fever is Carniprod Tulcea farm, with 45,000 pigs killed until now and around 150 employees fired.

Prosecutors to investigate the situation

Prosecutors of the General Prosecutor’s Office confirmed they started an investigation on how the National Sanitary Veterinary Authority has implemented measures to prevent the spread of the virus.

”Prosecutors ordered the commencement of criminal prosecution for committing crimes against the spread of animal or plant disease and negligence in service, ” said the prosecutors.

Officials of the Prosecutor General’s Office said that a criminal complaint was attached to the case.

Recently, the Ministry of Waters and Forests approved the killing of almost 72 percent of the jackals (10,361 from 14,273) and 67 percent of the foxes (49,966 from 73,285) in the country, as measures to abolish swine fever. In addition, magpies and a specie of crows populations will also be killed.

”Predatory species have a well-established role in the ecosystem and help combat the PPA virus with zero costs. This measure will not solve the problem, but on the contrary it will amplify it. The mere presence of hunters in the affected areas and the sound of gunfire will create a major disturbance, and the active carriers of the virus will probably move to other areas, ”Cristian Remus Papp, National Biodiversity Manager and WWF Protected Areas Romania, stated.

According to WWF, the measures are abusive and do not have scientific support. The PPA virus (swine fever) is transmitted only between pigs, through direct contact, or direct contact of healthy boars or pigs with parts of the bodies of infected animals, tissues, blood. The only ones that have been shown to be a vector and a risk factor for transmitting the virus are certain tick species.

To conclude, Romania doesn’t use only money to combat the swine fever, but is willing to destroy its wildlife to do it.