BPO trends: How have real estate developers in Romania adapted 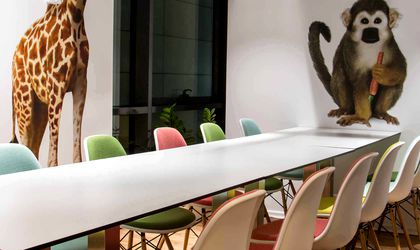 The ongoing expansion of outsourcing companies on the local market continues to fuel demand for office space, both in the capital and the main regional cities. It also acts as a driver for change by forcing developers to constantly invest in delivering better quality projects and upgrading older ones.

The outsourcing industry has some 50,000 employees in Romania, about 37,000 of whom are in Bucharest alone, according to market representatives. The numbers are on the rise with existing players expanding their local operations and new companies eyeing the local market, they add. This is good news for the local office market, which this year will see the delivery of almost 400,000 sqm of new office space, about six times last year’s volume, say industry representatives. They are confident that the market has the capacity to absorb the higher volume, as demand for office space is growing, including from outsourcing companies.

“Leasing contracts signed by outsourcing companies represented almost 20 percent of the new demand for office space reported last year, not taking into account relocations. Given that demand is on an upward trend, we estimate that this share will go up this year,” Claudia Cetatoiu, senior consultant office agency with JLL Romania, told BR.

What keeps luring such companies to the local market? First and foremost is the attractiveness of the local labor force, say consultants. Romania boasts a large and cost-competitive pool of graduates in areas such as IT and finance with good language skills in terms of both proficiency and the variety of spoken languages. Some 90 percent of employees from the outsourcing industry speak two foreign languages and in the average call center or support center in Bucharest more than ten foreign tongues are spoken, say real estate consultants. It also helps that the number of flights connecting not only Bucharest but also most regional cities to the rest of Europe has gone up in recent years, they add.

Last but not least, the local office market too has a say in attracting outsourcing companies locally, with both the volume and the quality of local office projects rising in recent years. “Real estate developers active on the local market have proven in the past 12-24 months that they can offer multinational companies the top customized office solutions they would also find in cities like Warsaw, but for lower monthly rents and with the greatest flexibility,” Sorin Visoianu, country manager operations Romania at Immofinanz, told BR.

What are outsourcing companies looking for?

Location remains a top selling point in securing an outsourcing company as a tenant, say consultants. With most jobs in the sector being either entry- or mid-level, and young graduates making up the majority of employees, central locations that offer good connectivity to the public transport network, particularly the subway in Bucharest, are in high demand. Closeness to university campuses is another plus, say consultants.

Moreover, outsourcing companies generally require large offices to accommodate an increased headcount, which makes business parks the first choice for many players, Mihai Paduroiu, head of the office agency with CBRE, told BR. Office buildings located in such business parks offer a large floor plan that makes space easier to customize according to tenants’ requirements. Tenants also have the option to lease additional space as they expand their business without breaking their operations into two separate buildings, he added. Moreover, business parks have the benefit of larger green areas as well as a wide variety of services such as restaurants, he went on.

An office project should not only meet all these requirements, it should also be able to do it at a competitive price in order to secure a large tenant such as an outsourcing player, argue industry representatives. “Most potential tenants have similar requirements these days. Cost is usually the driver – cost per work station that is. An outsourcing company will have stringent margins and may have ‘cost plus’ type agreements so therefore has to be very efficient, Robert Neal, the owner and managing director of Portland Trust, told BR. Given that the space requirements of an outsourcing company are generally large, this leaves a fine line between finding low-cost space in a secondary quality project where rent is the big differentiator and a better quality project with higher rent but a lower service charge, he added. “Hence it is a ‘cost per work space’ analysis and comparison. If the total occupational costs are similar then the choice will be clear to go to the better quality space. Many buildings, some even quite new ones, are simply technologically incapable of offering a high density of 1:6.5 sqm or 1:8 sqm. Ultimately tenants want the best space and flexibility, all at a competitive price,” he concluded.

More than just a desk

The entry of large multinational companies such as outsourcing companies on the local market has brought about the growth of the local office market and has been acting as a driver for change. This has been forcing developers to constantly invest in delivering better quality projects and upgrading older ones. As a result, most of the office projects being developed this year in Bucharest and the main regional cities are class A projects that meet requirements such as a good location, large surface areas and the latest technical specifications. And all this comes at what consultants call competitive costs. So what makes the difference between one such project and another?

The quality of the services provided by those who manage an office building, thinks businessman Ovidiu Sandor. He has a strong background in the real estate sector, having developed the City Business Centre office project in Timisoara, which he sold to NEPI in early 2012 for an estimated EUR 90 million. He is also involved in another office project – The Office – in partnership with the real estate investment fund in Cluj-Napoca and has recently announced that he will invest in a residential and office project in Timisoara. “The differences between one building and another one are not that significant for a tenant from a technical point of view, but the quickness with which a request is met will make the difference,” he told BR.

The tendency is to bring flexibility and personality to the office environment by creating customized, adaptable spaces and conveying diversity through out-of-the-box interior design, he added. “We have noticed that multinational companies, including those that offer outsourcing services, are importing the design of the offices from the global network, but at the same time, they are personalizing the ideas to fit the local culture. In general, the spaces are bright, with plenty of light and touches of color in accordance with the company corporate identity,” added Roma.

As a result, today’s offices look very much different from a few years ago and particularly in the case of outsourcing companies they come with new features. “More recently companies have become more demanding when it comes to the facilities offered by office buildings. To their list of demands there have been added new elements such as bicycle racks, green certifications, canteens, shower facilities, gym and supermarket access, either in the building where they have their office or within walking distance,” said Cetatoiu.

Games and recreational rooms, flexible office layout, outdoor socializing and green areas or roofs are a few other perks that can help attract and keep employees happy at work and therefore come under consideration by prospective tenants, added Panait.

Indeed, a focus on offering quality services and flexibility has become the differentiator on an increasingly competitive market, developers across the board agree. “I would say that, alongside an excellent location and good transport connections, flexibility has become the most important feature outsourcing companies look for. This can be explained through the complex nature of their business – the same company can offer more than one type of service, via multiple teams. This translates into a diverse range of office needs, which can only be answered by a well-designed space and a flexible landlord,” said Visoianu.

Flexibility in relation to tenants may come in the form of being able to offer them more space when and if they tenants need it, but also flexibility in negotiating leasing contracts. One effect of this year’s bigger new stock on the market that all consultants agree upon is that owing to the increased competition, prospective tenants from all industries have more leverage in negotiating with their future landlords. The gap between headline rents and net rents could go up as an effect, and even though pundits don’t foresee an increase in average rents, developers will have to focus on offering prospective tenants incentive packages in order to secure a lease. That could include perks such as free months or footing the bill for fit-out costs, say consultants.

New kids on the block

Developers across the field boast of having secured important leasing deals with outsourcing companies over the past 12 months.

So far this year Immofinanz has leased office space and renewed existing deals for a total of 37,000 sqm in seven of its local office projects. Recent agreements include contracts with outsourcing tenants such as S&T in Iride Business Park and Wizrom in S-Park. The most recent deals signed by Portland Trust have been with Oracle for 24,000 sqm in Floreasca Park and 20,000 sqm in Oregon Park, Allianz, which leased 4,000 sqm, and Kellogg’s with another 4,000 sqm also in Floreasca Park.

Elsewhere, AFI Park 4&5, the latest development phase of AFI Europe’s office project in the Cotroceni area, has reached an occupancy rate of over 70 percent after securing deals with Cameron, SII Romania, Ortec Central & Eastern Europe, FotoNation, Telus International and Veeam Software, all companies providing outsourcing services either to third parties or as internal departments within their multinational group of companies, according to company data.