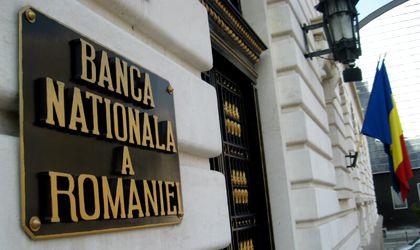 The foreign currency reserves of Romania’s National Bank (BNR) were at EUR 33.49 billion on December 31, 2017, which meant a 1.3 percent increase from November, but also a 2.1 percent decrease compared to December 2016.

December saw an inflow of EUR 2.42 billion, which represented the change in the minimal foreign currency reserves of credit institutions, the replenishment of the Public Finance Ministry’s accounts, of the European Commission’s accounts (EUR 1.045 billion), and others.

On the other hand, outflow in December was estimated at EUR 1.99 billion, namely due to changes in the minimal foreign currency reserves of credit institutions, payments of instalments and interest rates in the public debt account as well as other external obligations in foreign currency (including the Defense Ministry’s payment of USD 766 million for the HSAM program), and others.

According to BNR, the gold reserve has maintained its level of 103.7 tonnes. Considering the evolution of international prices, its value was of EUR 3.61 billion.

Romania’s international reserves (foreign currency plus gold) on December 31, 2017 were at a total of EUR 37.10 billion, having grown from the EUR 36.70 billion registered at the end of November, but lower than the EUR 37.90 billion calculated at the end of 2016.

BNR says that the foreign currency payments due in January 2018 in the public debt account, either direct or guaranteed by the Public Finance Minister, will be a total of EUR 122 million.