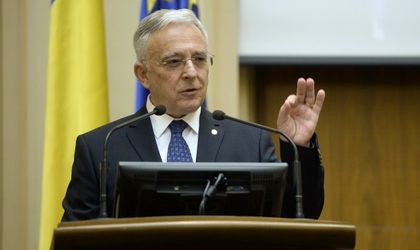 The National Bank of Romania has not yet decided whether they would introduce stricter conditions on lending for individuals, but a decision is expected in the spring.

There has been a lot of debate throughout the last year about limiting the degree of indebtedness for the population within the central bank, but Governor Mugur Isarescu says that many of his colleagues in BNR are opposed to such measures.

The degree of indebtedness of the population is growing, especially for those with mortgages, and the situation is worrying when it comes to people with below-average incomes which make up about 29 percent of mortgagers, according to the latest Stability Report by BNR.

The Stability Direction in BNR has proposed several measures through which the rapid growth of indebtedness can be limited, both in terms of credit volume and debt servicing.

The administrative board has not yet taken a decision on this matter, says Isarescu, but he admits that there have been many discussions. The Governor is waiting for a recommendation from the Macroprudential Oversight Committee, of which he is the president.

Isarescu says that some colleagues in BNR don’t want to take new measures, but that the bank will probably include these in the upcoming mix of fiscal-monetary policies because “the world is changing and we need to change along with it and try to make things work better”.

The Macroprudential Oversight Committee had acknowledged in their December meeting that there is an accumulation of vulnerabilities in lending to the population and the price of residential properties has had an annual growth of 8.4 percent, which is over the 6 percent alert threshold of the European Commission, but under the signal threshold of 10 percent. The Committee also issued a recommendation for growing the capital requirements for banks with non-performing credits.

According to the Stability Report, an indebtedness degree of over 55 percent leads to a probability of defaulting that is approximately 5 times larger for mortgages and 2 times larger for non-guaranteed consumption.

BNR sees the growth of interest rates as the main risk factor for financial stability, as inflation is growing and the world’s largest central banks are gradually giving up on ultra-incentivising policies. Yesterday, BNR decided to increase the key interest rate for the first time in almost 10 years.

Leonardo Badea (BNR): Assessing the effectiveness of public policies; between the need for...