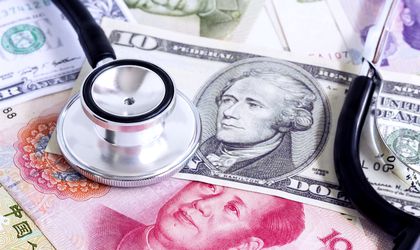 China has reacted to the plans of the Trump administration to slap tariffs on USD 50 billion in Chinese goods.

The country has retaliated with a list of similar duties on key US imports that has stocks tanking on the news.

The affected items include autos, chemicals, planes, soybeans and whiskey.

Machinery, chemicals and technology stocks fell in pre-market trading in New York, leading S&P futures lower by 1.8 percent, according to Bloomberg. S&P 500 futures are coming back from the worst losses of the morning, but they’re still around 2,575 – versus the 200-day moving average at around 2,591.

“We are not in a trade war with China, that war was lost many years ago by the foolish, or incompetent, people who represented the U.S. Now we have a Trade Deficit of $500 Billion a year, with Intellectual Property Theft of another $300 Billion. We cannot let this continue!” wrote Trump on Twitter.