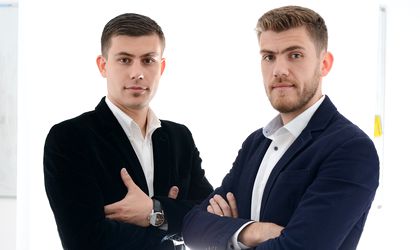 Bittnet Systems announced plans to merge with Gecad Net to consolidate its position as multicloud area, representatives of Bittnet Systems said on Thursday in a press conference, according to Agerpres.

“The synergy will allow us to consolidate our position as the first multicloud company that can offer the market a strictly neutral solution as a response to need. We already have a common project in development where we try to migrate the infrastructure and the applications of a company. There are complementarities, common directions and values that we found, a good team,” said Mihai Logofatu, general director and co-founder of Bittnet Systems.

Cristian Logofatu, the financial director and co-founder of the company, also said that a part of the financial and time resources will be dedicated to this process.

„This year it seems that we identified an extraordinary chance, a company that we share a common vision with. An important part of the financial and time resources will be dedicated to this process. We already proposed to the shareholders an approach that we already tested the last year- an integrated capitalization of profits from 2016 and issuing premiums from the previous increase, that will generate free shares of 1 to 1, distributed through the Central Deposit,” said Cristian Logofatu.

He added that Bittnet Systems wants to open offices in Timisoara, Oradea, Iasi and Craiova.

„We are loking for partners, valuable people with whom to open offices. We aim towards Timișoara, Oradea, Iasi, Craiova. We continue to work to extend the partnership in foreign countries. It’s essential to increase the delivery technical-operational capacity. During the last year we had several overbooking situations. It’s essential to increase this capacity to enjoy the new products that we launched. One of the important projects for this year is the movement in a new headquarter of 8+2 training rooms,” said Cristian Logofatu.

Bittnet Systems is the first IT company from Romania to be listed on the Bucharest Stock Exchange (BVB).