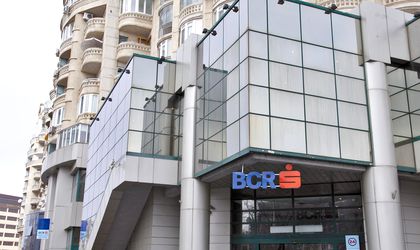 Operating expenses fell by 6.1 percent y/y to RON 418.9 million (EUR 96 million) due to investments in the human capital and banking infrastructure. Cost to income ratio slightly improved to 40.7 percent in Q1.

Retail business lending includes refinancing of older loans and borrowing through Prima Casa 4, where BCR’s financing amounts to EUR 395 million for people looking to own their first home. Overall, since the start of the program, the lender’s financing totaled EUR 990 million.

The lender’s increased risk provisioning of EUR 215 million improved the coverage ratio of non-performing loans (NPL) to 52.2 percent. The NPL coverage ratio (collateral and provisions) was 107.6 percent. Most of the new bad loans came from the corporate segment, mainly SMEs that are short of liquidity and or large corporate that re-defaulted.

BCR’s solvency ratios remain above the required level. Tier 1+2 capital ratio stood at 12.31 percent on IFRS against the minimum 10 percent set by the National Bank of Romania. In addition, the solvency rate of BCR Group, in IFRS, stood at 17.09 percent.