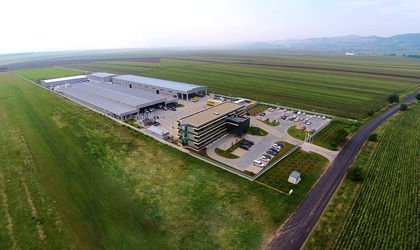 The Barrier brand, by Electric Plus, reported a 35 percent year-on-year turnover increase in the first nine months of 2016.

Barrier managed to accelerate the pace of growth due to the finalization of the first investment cycle, with a total value of EUR 12 million, which is reflected in the increase in sales. Another factor is the growth of the franchise network at a national level.

This year Barrier opened stores in Constanta, Ploiesti, Galati, Brasov, and a new one is projected to open in Mangalia. According to company representatives, the franchise part of the business represents an important share of the company’s turnover. Alongside the development of the franchise network, the company sells Barrier through partnerships with 300 collaborators in all counties of the country.

”Investments in equipment and state-of-the-art technologies made in the past year proved their efficiency and favored economic growth and, at the same time, led to the creation of new jobs. We implemented a production system adapted to the changing requests of the market, a system that provides clients acces to innovations in the field. Based on these results, we are forecasting that by the end of the year we will record a 40 percent growth compared to 2015,” Adrian Garmacea, Barrier General Director said.