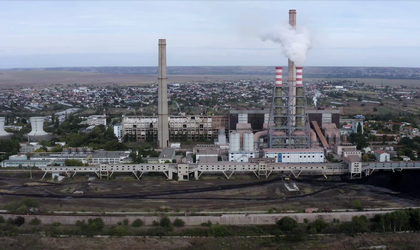 The two environmental groups warn that using public money to restructure the company constitutes unlawful State aid as the current plan undermines the European Green Deal’s objective to decarbonise the energy sector and the EU’s 2050 carbon neutrality target. Instead of setting out a coal phase-out date and helping OEC transition to renewable energy production, the aid will enable OEC to continue burning fossil fuels by modernising some of its coal assets and by replacing some of the company’s coal capacities with fossil gas plants.

The observations come in response to the Commission’s decision to open an investigation into whether the EUR 1.3 billion restructuring aid should be granted by the Romanian government.

ClientEarth State aid lawyer Juliette Delarue said: “The current plan is shockingly contradictory to what the aid should be used for, which is to help OEC transition to an economically viable, forward-facing energy company. Instead, the plan goes against State aid rules by being neither coherent nor far-reaching, encouraging OEC to maintain its status quo and continue promoting fossil fuels. We expect the Commission to notice this and act accordingly.”

The groups’ observations show that the restructuring aid will also give OEC an unfair competitive advantage, which the company would not be able to obtain under normal market conditions. The aid will be used to pay for EU Emissions Trading System (EU ETS) allowances, which OEC has been unable to afford alone for several years. The Romanian government has already paid OEC EUR 241 million to cover its EU ETS allowances without waiting for the Commission’s approval. However, if the Commission finds that the payouts violate EU law, OEC may be forced to reimburse the full amount paid out to date.

The company’s restructuring is the result of years of structural deficit due, in part, to the constant increase of the price of annual ETS allowances. The restructuring aid comes just a year after the Commission approved an EUR 251 million rescue loan granted by the Romanian government to cover OEC’s EU ETS allowances due for 2019.

Bankwatch Romania and ClientEarth submitted a complaint to the Commission last year opposing the rescue aid. The two organizations also warned about a series of Government Decisions, through which the Romanian state illegally transferred over EUR 6 million from the state budget to OEC’s accounts for forcing inhabitants from villages in Gorj county from their homes for coal mine expansions.

Alexandru Mustață, Bankwatch Romania’s campaign coordinator, said: “Oltenia Energy Complex produces over 90% of Romania’s coal-fired electricity and is the largest polluter in the country. On top of this, as the economy in Gorj is dependent on OEC’s activity, the company’s restructuring plan should also support the just transition of the region. In reality, the plan jeopardises economic redevelopment and does not set a coal phase-out date. Instead of endorsing unsustainable investments, the Romanian Government should cut its losses and help OEC and the communities it supports to transition to a more sustainable future.”

With the large European financial support granted to climate protection and energy transition during 2021-2027, Oltenia Energy Complex could become a viable company if the Romanian authorities would present a plan that shifts the company’s activities towards a business model in line with the decarbonisation objectives of the energy sector, as only such one would help restore OEC’s viability in a structural manner for the long term.

The European Commission will review the observations submitted by interested parties on the investigation procedure and will then have up to 18 months to take a final decision. In theory, OEC should not receive any of the aid until the Commission has reached a decision.