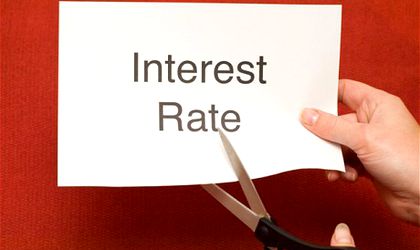 Rising inflation cancels the yield of bank deposits and affects Romanians who keep their savings in bank accounts, and the effects are more visible than ever in 2018. According to the Funds Managers’ Association, the average value of a bank deposit is the equivalent of 2.6 medium wages (around RON 6,500).

But all deposit yields are affected by inflation, and that rate rose to 5 percent year-on-year in March, the highest level since June 2013, which means that an amount of RON 100 in March 2017 is the equivalent of RON 105 at the moment.

At the same time a term deposit opened in February 2017 for one year is now worth RON 102 (or less). It is fine that the customer doesn’t end up with less than RON 100, but the profit doesn’t cover the depreciation caused by inflation.

Today the yields of 12 months deposits, according to Conso.ro, are as high 2.8 percent at TBI Bank, which translates to a profit of RON 252 at the end of the term (taking out 10 percent for the income tax) for a RON 10,000 deposit. In second place is Credit Agricole Bank with 2.2 percent interest, ending to RON 198 profit, followed by Idea Bank with 2.15 percent and RON 193.5 winnings and OTP Bank with 2.05 percent interest and RON 184.5 earning.

All the numbers lead to the conclusion that if you open a 12 month term deposit today, there are huge chances to have no real profit in March 2019. The interest will not change until the maturity no matter what the bank is changing in the meantime, so this is the reason many people open deposits usually for three months so they can get better offers if the interest are on the rise. It is not a surprise the fact that the volume of term deposits with maturity of under 12 months is at EUR 19.5 billion (RON 89.7 billion), almost double compared to those over 12 months.

Deposits are much higher than loans

So, why are interest rates so low? “There is a simple reason: today there is a comfortable availability of liquidity in the banking sector, which allow banks to offer low interest rates on contracted deposits”, says Iancu Guda, president of the Association of Financial-Banking Analysts in Romania. He explained that the value of banking deposits owned by population increased by 10 percent annually in the last ten years while the value of loans increased by 8 percent annually.

There is a lot of place for increasing rates

The inflation rate is expected by NBR to be 2.5 percent (+/- 1 percent) at the end of the year, while independent estimates are around 4 percent.

But while inflation is lowering the purchase power, the foreign exchange rate can bring additional loses. In March 2017 EUR was at RON 4.5482 and 12 months later went up to RON 4.6605, a depreciation for RON of 2.46 percent. The strengthening of EUR is visible when one buys a car or a house or when paying bills for services because the prices are depending on EUR exchange rate.

There are expectations for a rise in banks interest for term deposits in the next months, but not over NBR policy rate, that is today at 2.25 percent. “Interest rates for deposits are under 1 percent, so there is a lot of place for the banks to increase the rates”, said NBR Governor Mugur Isarescu. Even so, the yields for bank deposits will remain real negative in the next year.