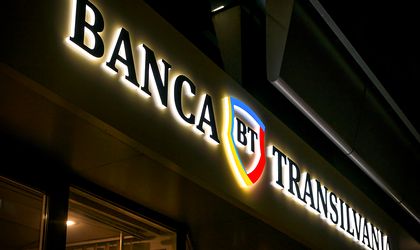 The bank’s profit grew by 110 percent compared to the same period of last year.

Omer Tetik, Banca Transilvania’s CEO, said: “We are pleased that the first nine months confirmed the positive trend from the beginning of the year, by means of new financing facilities approved and growth recorded especially on the retail and SME segments. The Bank’s results are very good, reflecting profitability and operational efficiency. We are constantly observing new market opportunities and we will soon extend our attention to the micro-enterprises sector, as well as continue to increase digital environment use for the best possible customer experience.”

After the third quarter of the year, BT has a net profit amounting to RON 657 million, whereas that of the Group amounts to RON 698 million. Banca Transilvania’s commission income grew by 15.3 percent. Almost 13,000 new loans were granted by BT to the SME sector in the first 9 months.

Between January-September 2016, at gross level and prior to the registration of write-offs, BT’s loans recorded a balanced increase of 6.3 percent among all business lines, which stands for a 8.2 percent increase of the bank’s organic balance sheet, without taking into account the portfolio acquired from Volksbank.