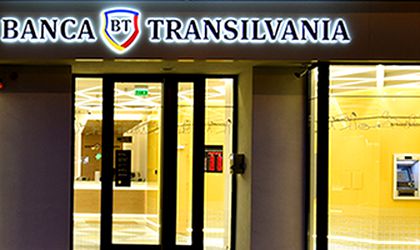 Banca Transilvania, Romania’ second biggest lender, registered a net profit of RON 366 million (EUR 78.7 million) in the first quarter of this year, up 48.7 percent from the same period of 2017, due to rising operating fees and commissions, according to financial data released on Wednesday.

Deposits from customers declined marginally to RON 49.08 billion, while loans to customers advanced by 1.2 percent during the first quarter, to RON 30.28 billion.

“It was an upright start for the year, with results as expected, focusing on the experience we provide to customers in all our business segments. We have made significant investments in network’s redesign and service digitization,” says Ömer Tetik, CEO of Banca Transilvania.

The bank has around 2.5 million customers and granted 44,000 new loans to retail, SME and corporate clients during the first three months of 2018.

“As at March 31, 2018 Banca Transilvania’s counted a portfolio of 3.08 million cards, generating transactions almost 34% higher compared to the similar period of the previous year,” the bank said.

Banca Transilvania is listed on the Bucharest Stock Exchange and has a market value of RON 11.7 billion (EUR 2.5 billion).