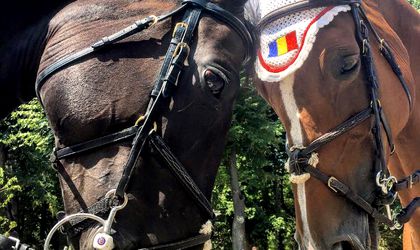 Approximately 300 horse riders will attend the Balkan horse riding from this year. Horses and jokeys with important titles from Tureky, Greece, Bulgaria, Moldova, Croatia and Romania will be present in Giurgiu.

„We are honored to hold this important competition for the equestrian sport. We invite in the stands all the horse riding lovers and we promise them an equestrian show that has never been seen in our country. We trust in our sport representatives to be winners, ” said  Vlad Bontea, the president of Romanian Equestrian Federation.

At the edition of this year 30 Romanian equestrians will attend, with national and international awards.

Last year, the Balkan horse riding was organized in Greece, Porto Carras, where Romanian representatives won 8 medals, out of which one was gold medal, two of silver and five of bronze. The gold medal was won by Ionut Ursache and the horse Space Hopper, at young horses category.