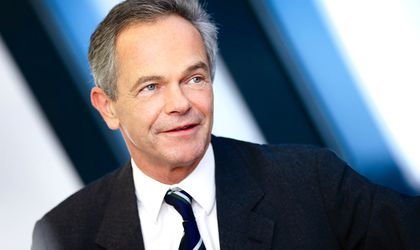 Representatives of two Austrian banking groups, Erste and Volksbank, announced capital increases for their Romanian operations last week. The move came as the European context worsened, with no coherent response to the sovereign debt crisis that has engulfed the peripheral states that form part of the Eurozone appearing imminent.

The CEO of Erste Group Bank, Andreas Treichl, announced during a press conference that BCR, the top lender in Romania by asset value, will receive a EUR 100 million injection of capital by the end of this year. Erste Group will partially write down its Romanian-related goodwill by EUR 700 million pre-tax to reflect the slower than expected economic recovery. Following a successful buyout of the SIF minority shareholders, the remaining goodwill will be supported by a substantially large share of BCR’s cash flow. These measures were announced in an official press statement. However, BCR representatives in Bucharest refrained from commenting on Treichl’s statement on the additional capitalization of the bank.

The EU will not solve the sovereign debt crisis in the near future, so Erste will take radical action in the balance sheet to prepare for a prolonged period of uncertainty, added Treichl.
Erste Group cut its sovereign exposure to Greece, Portugal, Spain, Ireland and Italy from EUR 1.9 billion at year-end 2010 to EUR 0.6 billion at 30 September 2011. As a result of these extraordinary changes, the group expects to post a net loss of about EUR 700-800 million. Before these decisions, it was expecting a net profit of EUR 850-950 million this year. Its solvency rate will remain unchanged at 9.2 percent, well established in the Core Tier 1 ratio.

Following the announcement by Erste Group, Raiffeisen Bank International published an official statement to the effect that the Austrian lender, which ranks fourth in the Romanian market for banking assets, had acquired its local subsidiary at a very low cost, without booking any goodwill, as is the case of Erste. The official statement added that RBI has low exposure to the troubled economies of the peripheral Eurozone and that Raiffeisen had a sovereign exposure of less than EUR 10 million to Spain and Portugal together, and another EUR 474 million to Italy. However, the bank has no sovereign exposure to Greece and Ireland and expects to end this year in profit. In the first half of 2011, RBI reported a consolidated profit of EUR 615 million.

Volksbank will also get a capital injection of EUR 100 to 200 million this year, or early next year, according to Johann Lurf, president of the directorate at Volksbank Romania. The lender will boost its solvency rate, which currently stands at 12 percent, added Lurf. Volksbank reported a net profit of EUR 1.3 million at end-August.