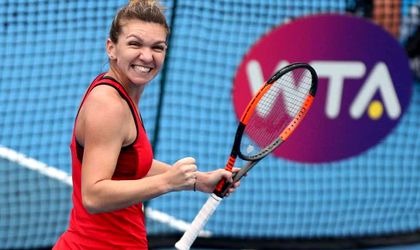 World No 1 Simona Halep made it to her first career semifinal at Melbourne Park after a resounding win against Czech big hitter Karolina Pliskova, World No 6 and the tournament’s sixth seed. Halep won in straight sets, 6-3, 6-2.

“I think was a great match. The best this tournament”, Halep said after the match. “I started slow a little bit. Then I got used to the rhythm. I got used to everything. I played very well,” she added.

“I can say I can read her game a little bit better. But still every match is difficult. You never know with her because she has crazy good shots sometimes and also the serve. But I read her serve many times today. I just was very strong on the return. I think that’s why I could start to dominate the game. She was a little bit upset because she couldn’t take the serve.”

Halep will meet in the semifinal a player in top form, former No 1 Angelique Kerber. Like Halep, Kerber has already won a title this year in Sydney.