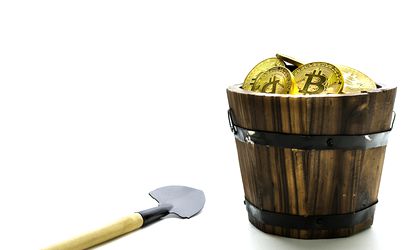 The cyber criminals have passed from ransomware attacks to virtual currency threats. An analysis of cyber security specialists at Bitdefender shows that in the last six months the share of monthly reports of applications that  “mine” the virtual currency have tripled in Romania in the last six months, to 24 percent in February. During the same period, ransomware attacks registered a slight decrease, of two percentages, which shows that the cyber criminals focus on an easier method to gain money.

The cyber criminals have always been motivated by the gained amounts and the virtual currency “mining” is the newest tendency to generate money, focusing on the same attacking vectors used previously to spread ransomware.  The recent increase in the value of the Bitcoin virtual currency, up to USD 19,000/unit, determined the criminals to focus on virtual currency mining, according to Bitdefender.

The virtual currency mining apps are easier to monetize, as they use the processing power of the victim’ s device to generate money, while the attackers has several gains in a few minutes after the user’s infection or after accessing an infected site. Moreover, the victims only see a delay of the item, which in most cases means that the process takes place without their knowledge, say the specialists.

„The devices used most frequently for virtual currency mining are the company’s servers, followed by the devices of the employees and employers. As the processing need will be higher and higher, we estimate that the tendency to target especially the company’s infrastructures will continue on the long-term, because here is the significant processing power and the vulnerabilities which make their accessing easier,” says Liviu Arsene, specialist in cyber security at Bitdefender.

The specialists in cyber security at Bitdefender have also observed that attackers use also the infrastructures of the companies, such as data centers or industrial systems, to get money.