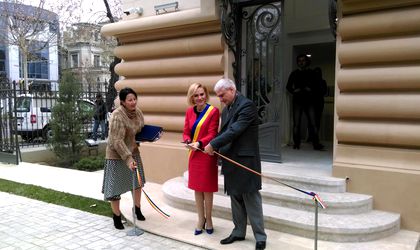 Bucharest mayor Gabriela Firea has reopened today the Astronomical Observatory “Amiral Vasile Urseanu” after being consolidated and rehabilitated for two years as a result of an investment of EUR 2.6 million, out of which 85 percent comprised European funds.

The news is the Planetarium of a dimension 5×3 and a digital telescope with the spyglass of Vasile Urseanu amiral in the cupola.

Firea said that the municipality is working to make a map that shows the Bucharest touristic attractions, which will include the Astronomical Observatory.

It was constructed as an yacht form by Vasile Urseanu amiral to give the impression of being on a sea when looking at the stars.