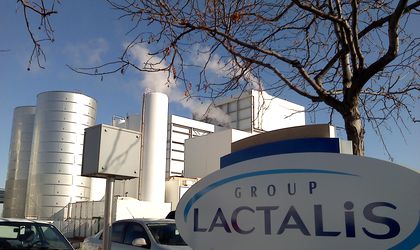 The Financial Supervision Authority (ASF) has approved the acquisition of French group Lactalis of 97.5 percent of the Albalact shares.

The BVB investors received the last confirmation regarding the process of taking over Albalact during August 10- September 14, after ASF approved the operation, according to the today notification to BVB.

The offer was announced on January, at the beginning for a shareholders group, having  70.3 percent of shares, and that needed other approval from the Competition Council in June.

Lactalis will proceed through the intermediary of BSA International from Belgium for 636.36 million shares, representing 97.49 percent out of the total shares, with the purpose of unlisting them.

The payed price is RON 0.5252/ share. Thus, Lactalis will pay RON 334.31 million in the case of an integral subscription for the company’s ownership.

The Albalact shares were traded at the middle of today’s session from BVB at a price RON 0.518/share, with 1.37 percent under the offered one.