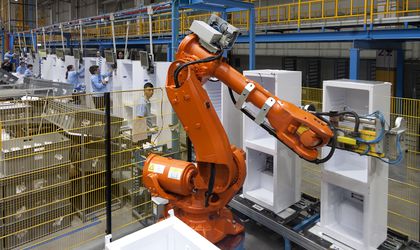 Arctic, one of the largest home appliances producers in Europe, will make a Greenfield type investment to Romania for the construction of a factory that will produce washing machines in Ulmi, Dambovita County.The new washing machine factory will be the company’s first production unit to integrate 4.0 standards. The factory will introduce Cyber Physical Systems, which include smart tools (appliances, fleet and inter-connected network) and analysis systems.

The total value of the project investment announced in Dambovita county totals RON 471 million. The mother company, Arçelik, will invest EUR 70 million from the company’s profit in the past years to build the new factory.

Arctic transforms Romania into a production hub for Europe

“For the Arçelik group, investments in Romania have always been important, and this new investment will allow us to transform Romania into a production hub for the whole Europe,” Arçelik CEO Hakan Bulgurlu said.

“The new washing machines factory has the potential to transform Romania into a global force in the home appliances market, as it will increase Arctic’s production capacity in Romania. The project represents an important investment of theArçelik group for the Romanian economy, in what regards the value of the taxes it generates, infrastructure development in the area and the professional development of the local work force,” Bulgurlu added.

“By 2024, our project will create 480 work places in Dambovita County, with subsequent development plans. In addition ti creating new jobs, in a region with the highest unemployment in Romania, this investment will contribute to improving the quality of life at a local level, through the professional development of the work force, but also by attracting new investors in the area,” Nihat Bayiz, Arctic General Director said.

“The new factory will integrate up-to-date technologies, as well as the wireless communication of production lines with those in another countries that are part of the Arçelik group, but also smart tools,” Nihai Bayiz said.