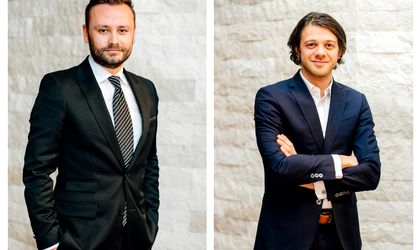 APS Romania, the company specialized in investments and claims management, registered a turnover over EUR 14.4 million in 2016, a growth by 35 percent compared with 2015, after 10 years of presence in Romania.

„In the 10 years of presence on the market, we have a year to year exponential growth and we succeeded to transform from a start-up on the debtss recovery market, in one of the main players from assets and investments administration field,” said Victor Angelescu (right of picture), regional director for the Central and South-Eastern Europe within APS Holding.

Currently the NPL rate of the portfolios managed by APS is 10 percent and the company estimates the the rate of NPL in Romania won’t drop to less than 6-7 percent this year, following that in three years to grow again up to 11 percent, according to the company’s estimations.

„In the last years we switched the direction of the company, to the assets and investments consultancy administration and we intend to continue this transaction on the future. For the moment over 80 percent of our turnover comes from assets management, respectively restructures and real estate and our objective is that until the end of the year, the share of these services to reach 90 percent,” said Robert Machidon, general director of APS Romania.

The company owns at least one portfolio from each of the top 15 banks from Romania.

APS started started its activity in 2004 in Czech Republic, as advisor of JP Morgan in a transaction. Currently the company has around 300 employees in Romania and operates in 12 countries from Europe and Asia.