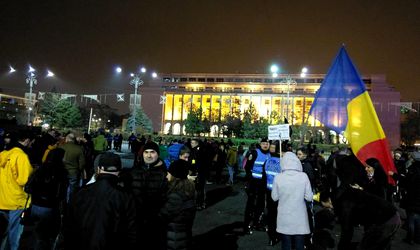 Around 2,500 people took to the streets in the main Romanian cities on Sunday, calling for a halt to controversial changes to the fiscal framework and the judiciary.

People have also called for the resignation of the center left government led by Mihai Tudose. This was the third Sunday in a row when people marched in the Romanian capital and other cities such as Timisoara, Brasov, Cluj-Napoca and Sibiu.

The people shouted that they didn’t want to be “led by thieves”, “snap elections”, or “penal parliament, go to court”.

Over 1,500 people attended the protest in Timisoara, while several hundred had gathered near the government building in Bucharest.

Meanwhile, the ruling coalition PSD-ALDE has submitted to Parliament the draft bill brings controversial changes to the judiciary. In addition, MPs will also debate and vote the government emergency ordinance that includes key changes in the fiscal area, such as the shift in the payment of social contributions from employers to employees.