ANRE increases natural gas prices for domestic consumers by over 8 pct, after pressure from suppliers 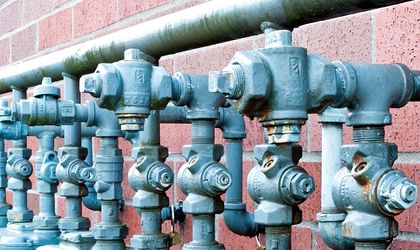 Despite the fact that the current gas prices had been set to be maintained until at least the end of March, ANRE (the National Authority for Energy Regulation) approved a measure to increase the final prices of natural gas for domestic consumers by more than 8 percent starting on January 10.

The increase was approved as a result of pressure from suppliers, as their natural gas acquisition price is increased.

At the moment, the price of internally produced gas is liberalised, but ANRE sets the tariffs for the final bills that domestic consumers pay.

In March 2017, ANRE had approved an acquisition cost for natural gas (CUG) from suppliers of RON 81.48/MWh, which was supposed to be kept until the end of March 2018.

However, suppliers asked for an increase due to the rise of the cost to buy natural gas from internal production. ANRE analysed their requests and decided to increase the CUG to RON 88.28/MWh, which impacts the prices paid by final consumers.