Annual growth trend of loans in RON down to 28.2 pct in August 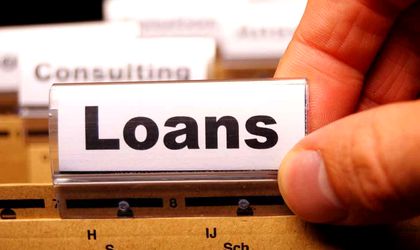 The loans in the local currency granted by banks increased by 2 percent in August compared with July up to RON 62.46 billion (EUR 14 billion), the annual growth trend slowing down to 28.2 percent from 29 percent in July, according to the data of National Bank of Romania (BNR).

Overall the loans in RON and in foreign currencies, dropped by 0.3 percent in August compared with July, the third month in row of decline, but increased by 0.7 percent compared with August 2015, up to RON 215.5 billion (EUR 48.4 billion).

The growth of the loan volumes was generated in August was based exclusively on the local currency, taking into account that the loans in foreign currencies continued to drop sharply.

In foreign currencies, the loans for population dropped by 1.8 percent in August compared with July, up to RON 48.3 billion and the for companies they dropped by 1.5 percent, up to RON 46.7 billion.