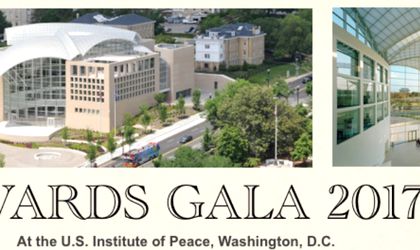 The fourth Annual Awards Gala by Alianta, a charity organization established as a nonpartisan alliance of Romanian and American organizations and professionals, will take place on September 22 at the United States Institute of Peace in Washington, DC.

Alianta will provide a series of awards for outstanding accomplishments for personalities that shaped the relation between the US and Romania.

On March 29, 2004, during President Bush’s first term, Romania and six other countries joined the North Atlantic Treaty Organization in the largest expansion in the history of the alliance.

In 2014, after decades of distinguished military service, Lt. General Frederick ‘Ben’ Hodges assumed command of the U.S. Army in Europe. In this capacity, he has worked closely with Romania and other allies to ensure a strong and credible U.S. presence in Europe, and to reconfirm U.S.’ commitment to European security.

Under his leadership, USAEUR coordinated the largest Black Sea exercise in Romania — Saber Guardian 2017 –, highlighting the advanced skills and defense capabilities of the Romanian Armed Forces.

The gala will also feature a fashion show with leading Romanian designers, such as Doina Levintza, Carmen Secareanu, Andra Turcanu, and Cosmina Englizian.

President of Alianta and US Ambassador to Romania, Mark Gitenstein (ret.), noted: “In addition to awarding our distinguished honorees, the Gala is about celebrating those who make the Romanian-American relationship one of the most steadfast alliances in the world today.”