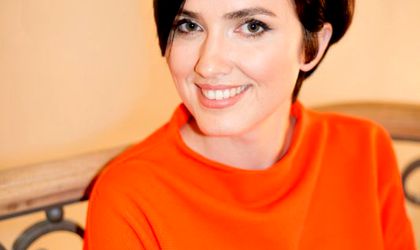 “Andreea is the symbol of Romania’s new wave talents.  Her presence in the jury is an implicit compliment for all those independents that are keen to make world-class performance despite all challenges. After all, let’s remember who won Romanian gold in Cannes, in the last 5 years: Independent agencies – Jazz + Rogalski Damaschin, agencies who first made history as independent – Cohn & Jansen JWT, two Young Lions teams from The Alternative School and Geometry, a multinational. The conclusion? The industry is changing and Andreea’s professional story is the living proof. Her career is also a reference point for all the smart, talented and ambitious women of the industry, indicating that nowadays remarkable women are destined to stay in the light and get the recognition they deserve, as much as their male peers,” said Teodora Migdalovici, ambassador Lions Festivals in Romania.

Ghenoiu has a 12-year career in advertising and she is Jazz’s group creative director for the last 3. She worked for both local and international clients such as Avon, Groupe Societe Generale, Provident, Muller, Medlife, PepsiCo.

During the last three years, Jazz became one of the most awarded independent agencies from Romania and won the first Gold Lion for a Romanian independent agency in Cannes last year. Ghenoiu came up with the gold winning idea – “A Voice for Songbirds”. The idea of the campaign, awarded in Lions Entertainment category, ignited after Ghenoiu heard on the radio about the too permissive hunting law that allowed larks killings. Larks might be a gourmet delicacy, but they are also the national symbol of Romanian music. The same campaign won a Gold Effie and was therefore featured in The 2016 Gunn Report among the only 15 campaigns in the world to win both awards.

Beyond the awards, Ghenoiu wanted a super team at Jazz, with nice, talented people, keen to make constant high quality advertising, a team of challengers in the industry. Today, this team exists. Ghenoiu is a member of Art Directors’ Club Romania. Before Jazz, she was creatively trained in Leo Burnett and ScalaJWT.

Before advertising, she had literally a dramatic career. She studied dramatic writing and theater direction in Paris. Perhaps from here there is the passion for happenings, stunts and experiences.

Teodora Migdalovici is the Lions Festivals ambassador in Romania since 2004. She has promoted over 30 Romanian talents in various juries, founded the most awarded creative thinking school in Eastern Europe and was the catalyst for the appearance of Lions PR as an independent category in Cannes, where she also facilitated the presence of the first Romanian in a jury of such magnitude, before the industry won the first gold. Since 1998 she has been an ambassador for creativity, under the influence of the Love & Lobby principle.